🧩Puzzles, 💡lighting and other innovations 😁

To much time is gone since my last update. I wasn't so motivated to work on this project but I still made progress. Besides bug fixes and small improvements I worked on the following topics:

Lighting
I implemented the first light source. Its a dugeon, so it had to be a torch :D. I had some trouble with the lighting settings at the beginning but I really like the result. On the picture you can see the torches in the third level. 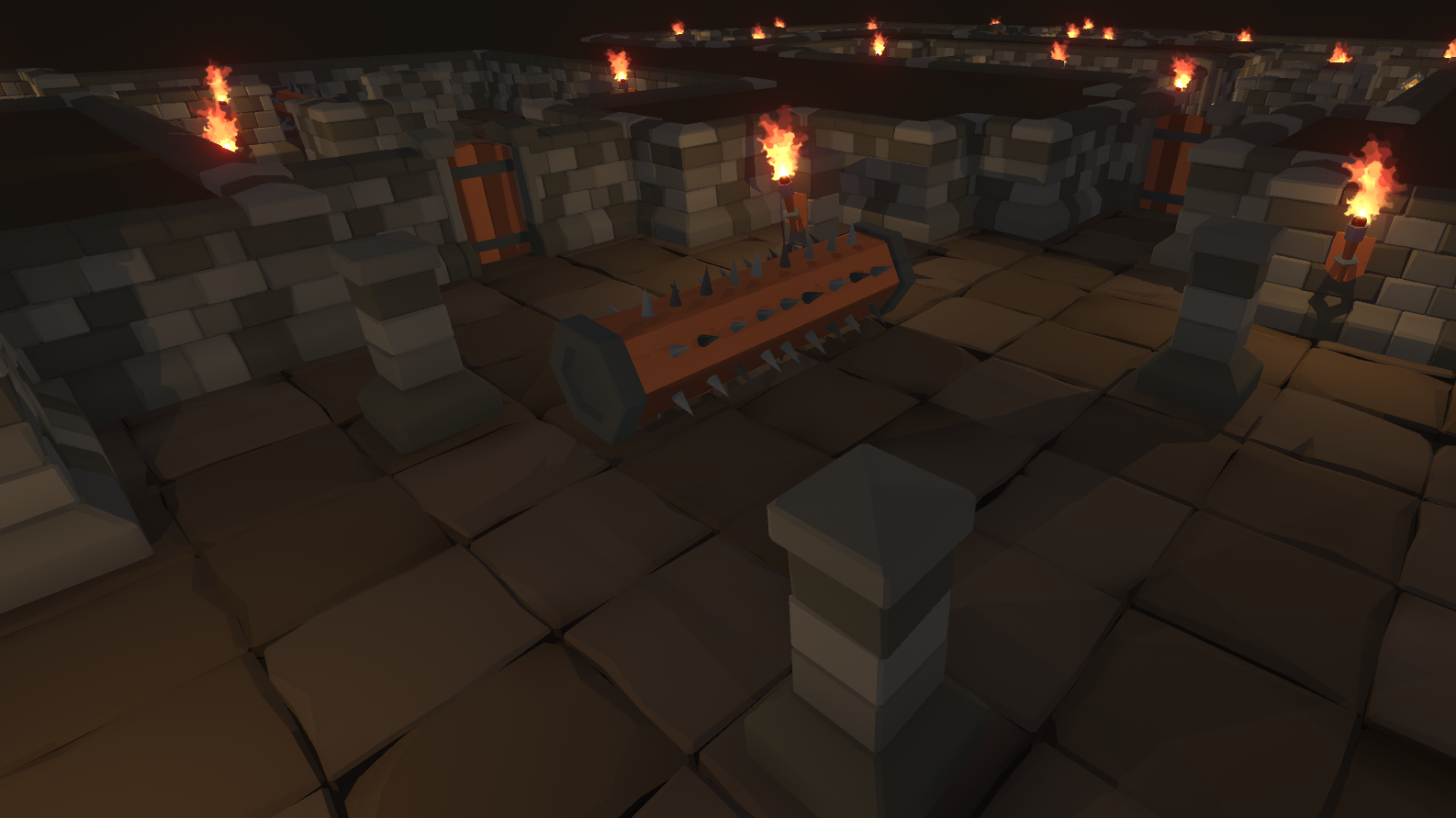 Wooden Props
The levels in the release version should look more like a habitat of the dwarfs than a simple, trap-filled dungeon. So I started to create some wooden decorative elements. They aren't placed in the levels yet, but I want to show you. 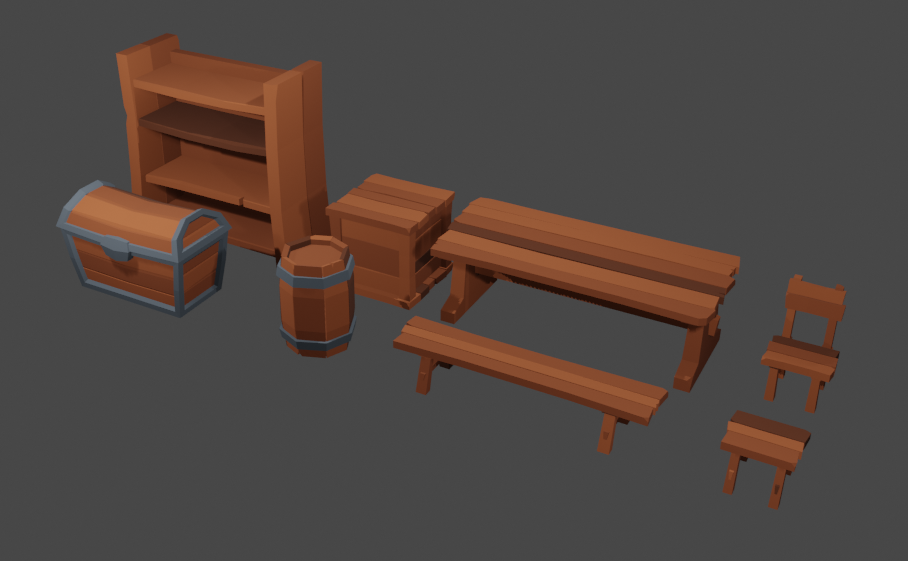 First Puzzles
I want to add Zelda like puzzles in this game. So I've created the models and implemented the logic for the first puzzle elements. There are buttons with different behavior options, small cubes (for carrying), large cubes (for pushing), gates, and fire (as an indicator for advanced puzzles). They are all in the same stone look with glowing blue runes/fire. I also added a new level with some examples of puzzles. But I think there is still more potential for cooler puzzles. 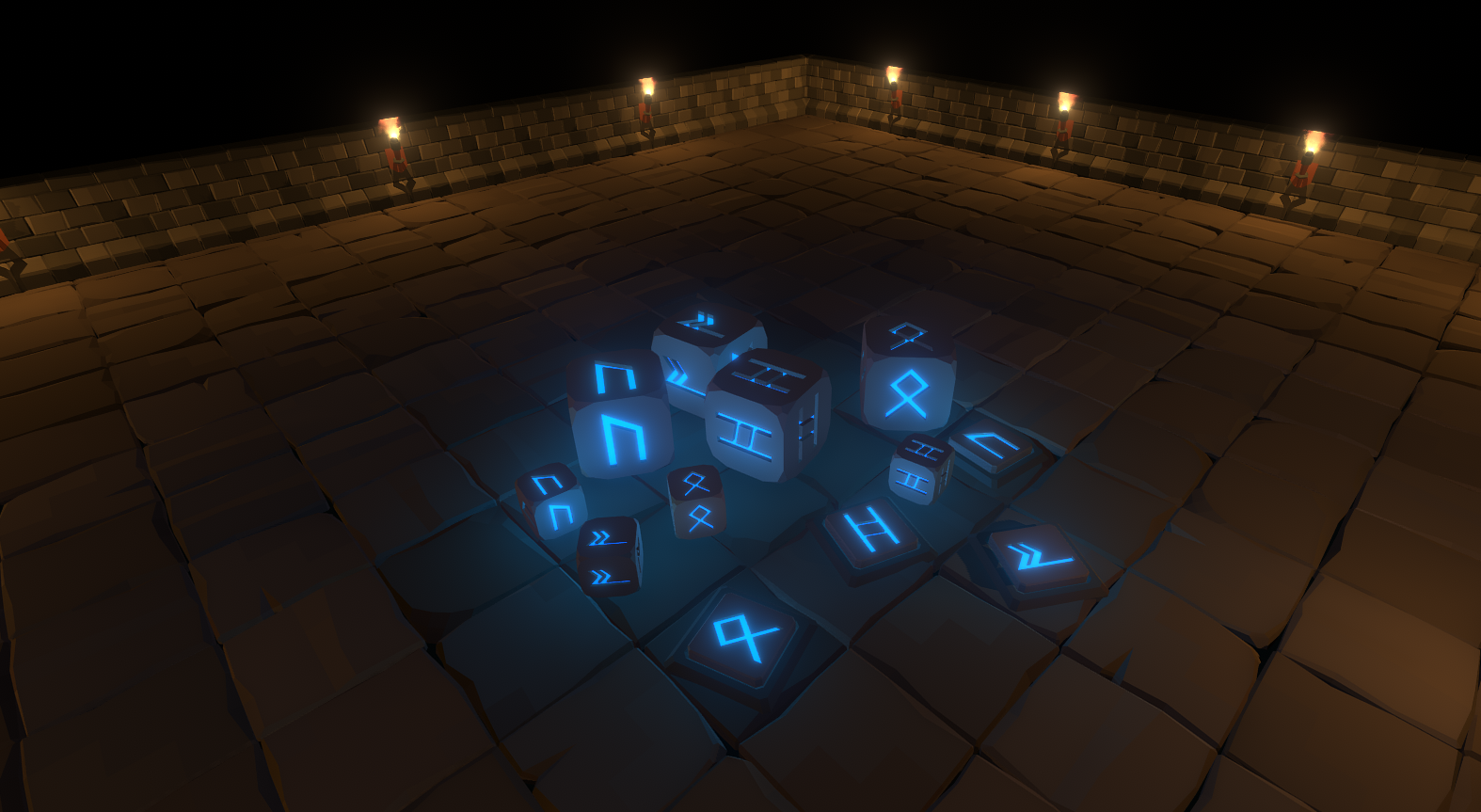 Menus
I added a main and a pause menu. Now you have the possibility to go back to the main menu and select there the level you want to play. You are also able to quit the game. I also reworked the dialogs for completing/failing a level, that they fit the other menus. 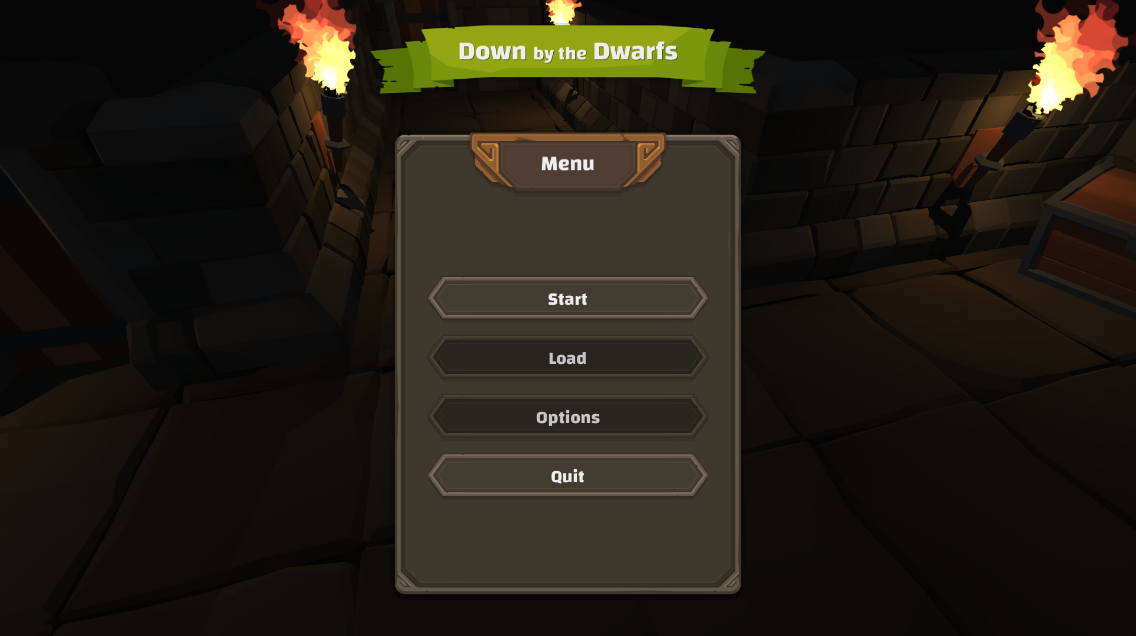 Wrapping up
The last two months weren't the best one for this project but I am convinced that I will work more on it in the future. One reason for this is, that I met someone on a local game jam in Hannover, Germany, who is a 3d artist and currently creates new models for the dwarfs. I really looking forward to them and this motivates me to work more on this project again. So I hope you hear from me, maybe in two weeks. :)

Get Down by the Dwarfs

Down by the Dwarfs

Sneak out of a dungon full of enemies, traps and puzzles.